A team comprising Aiman Kulsoom Rizvi and Nikita Tanwar were awarded the second position at The Great Debate, organised by the British High Commission at the residence of the High Commissioner on the 27th of November, 2014. Teams from 8 cities were present in the finals; Nikita and Aiman were up against the team from Kolkata. The debate was graced by HRH Prince Andrew and HRD Minister Smriti Irani.


The team had won the city rounds on the 23rd of September, 2014, to represent Delhi at the final debate. They beat a total of 42 teams to secure their spot in the final round. 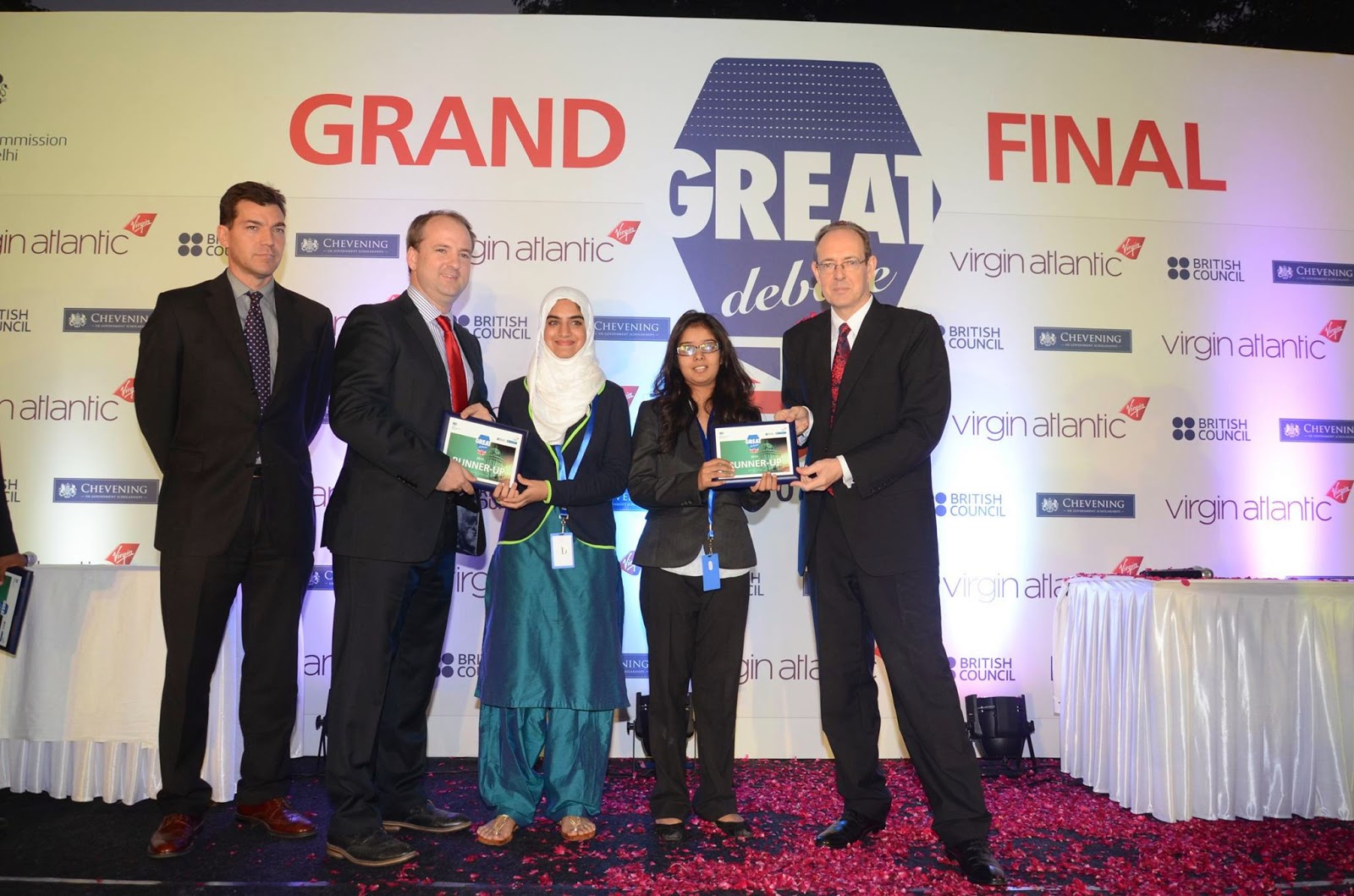 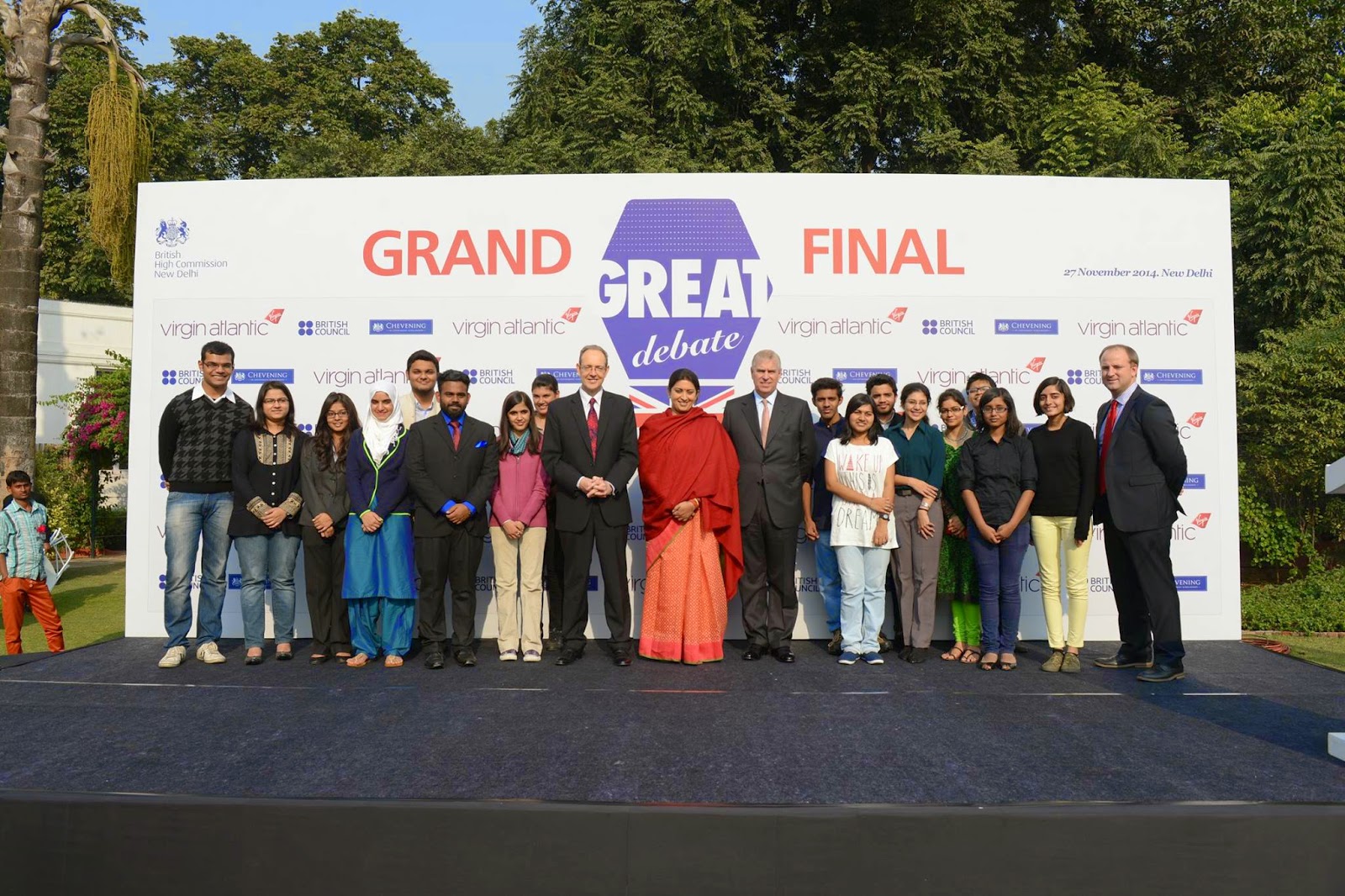