The team comprising of Akber Ahmed, Shivangi Vaid and Neha had the opportunity to participate in the 1st UFYLC National Moot Court Competition which was held from 9th to 11th September, 2011 at Rajasthan University, Jaipur.

Around 26 Teams from all over India had participated including several National Law Schools like GNLU, NLU Bhopal,  besides other prominent law schools like ILS Pune, Symbiosis Pune, Campus Law Center DU etc.

The Preliminary rounds were held on 10th September, 2011 in which teams were required to participate from both the sides i.e. Appellant and Respondent.

Out of the total teams, four were selected to participate in the Semi - Finals which were held on 11th September, 2011.

The Semi Finalists were:


Our team was praised by Senior Criminal Advocate Shri S.R. Bajwa and Hon'ble Justice Tandon of the Rajasthan High Court. 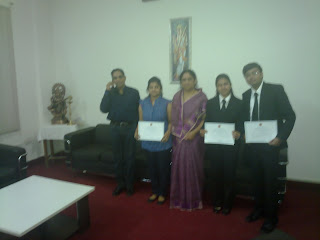 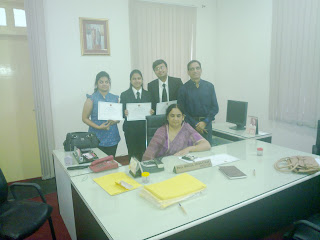