Around 40 Teams from all over India had participated including several National Law Schools like GNLU, NALSAR,Hyderabad besides other prominent law schools like Symbiosis Pune, Campus Law Center DU etc.

The Preliminary rounds were held on 1st October, 2011 in which teams were required to participate from both the sides i.e. Appellant and Respondent.

Our team were praised by the Hon’ble Judges of the High Court & Advocates sitting on the bench. 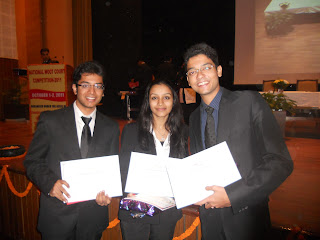 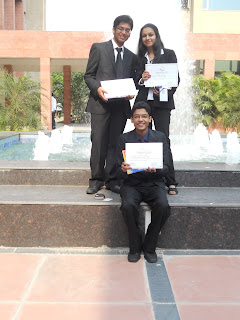