The following are the Press Clippings appeared in  National Dailies recently
You may please download the clipping whichever is necessary.

Posted by Amity Law School at 12:21 PM No comments:

Email ThisBlogThis!Share to TwitterShare to FacebookShare to Pinterest
Labels: Media

Posted by Amity Law School at 10:34 AM No comments:

The event is being conducted by the Centre for Legal Studies (CILS, Austria).

The venue is as under:

Students and the faculty are welcome to attend.

For passes pleaseakhushu@kaplegal.com ormail@kaplegal.com
Posted by Amity Law School at 5:49 PM No comments:

INVITATION FOR AN INTERCOLLEGE EVENT 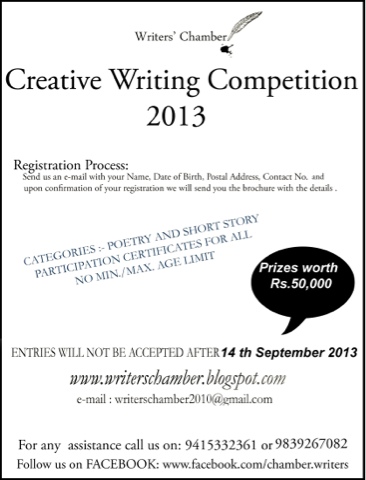 Posted by Amity Law School at 5:45 PM No comments:

Welcoming the august gathering, Maj Gen Nilendra Kumar, Director, Amity Law School & Dean Faculty of Law said that the constitution of the country forms the bed rock of nation building process and has a pivotal role to play in regulation of the main organs of the country namely Legislation, Executive and Judiciary. Therefore, it is imperative for the ones associated with judicial system to be well versed with the constitutional law and the quiz was organized to serve the purpose of encouraging the understanding of the Constitution of India among the budding lawyers.

Applauding the novel way of making students practically know about the Constitution,Honorable Justice B.A. Khan -Former Chief Justice J&K High Court stated that the Quiz has comprehensively covered each and every aspect of the Constitutional Law, testing the in-depth knowledge of the budding lawyers. Justice Khan remarked that the present generation of lawyers has a great responsibility to rescue the system from the shortcomings which are affecting the smooth functioning of the system. Quoting the Chief Justice of India, Honorable Justice B.A. Khan that the present day judiciary is facing credibility crisis; its image and reputation is going down because it has not come up to the expectations of the people concerned in terms of delivery of justice. The High Court has over 45 lakh cases pending and Supreme Court has over 75, 000 cases pending. He called upon the budding lawyers to be proud of choosing such a noble profession since Judiciary, till date, is the only organ of the state which still enjoys public confidence and Judges are dedicated to the dispensation of justice. Hon’ble Justice suggested that Indian Parliament, like other countries, should also practice “Pre-Legislative Debate” before drafting a final law; it should throw the draft law in the public domain for debate and discussion, take the opinion of the public about the proposed law and then, give it a final shape.

Chief Guest Honorable Justice Fakhruddin, Former Chief Justice Chhattisgarh Statemotivated the students to serve the legal profession with honesty and dedication and always uphold the values of the Constitution.

Congratulating the students for displaying exemplary knowledge of Constitutional Law during the Quiz, Eminent Journalist, Mr. Rahul Dev called upon the aspiring lawyers to imbibe the values and basics of Constitutional Law in their heart and soul and the Quiz must have brought them closer to the Constitutional Law. He remarked that the Constitution of India, just like democracy, is one of the biggest in the world. “Today, India is facing a new set of challenges which are threatening the unity and integrity of the nation including rampant corruption, terrorism and there are no clear provisions laid down in the Constitution to deal with the same. The responsibility of restoring the unity and integrity of the country lies with the youth of the country”, stressed Mr. Dev "Where the mind is without fear and the head is held high
Where knowledge is free
Where the world has not been broken up into fragments
By narrow domestic walls
Where words come out from the depth of truth
Where tireless striving stretches its arms towards perfection
Where the clear stream of reason has not lost its way
Into the dreary desert sand of dead habit
Where the mind is led forward by thee
Into ever-widening thought and action
Into that heaven of freedom, my Father, let my country awake
I am aiman kulsoom rizvi and it gives me great pride to be here on this 66th independence year of india.

15TH august 1947 has indeed been one of the most legendary moments in history. Etched forever in the sands of time was the reinvention of Hindustan. But not all the memories of that day are as glorious as history books have taught us. The lives of thousands lost in the mad rush to be on the right side. Soldiers bleeding away to protect the people from the violent elements. Brothers slaughtering each other all in the name of religion. Those were indeed some dark moments. And we owe it to our freedom fighters, our soldiers, our jawaans to have got us through those bleak times and delivered us to the world. Our freedom has been no mean feat. It comes with the price of the blood of our jawaans and the sweat of our kissans. Their undaunted fighting spirit, their remarkable courage and above all their undying patriotism must not be forgot on this 67th year of independence. But today is not just about remembrance, it is also about commemorating a legacy. A legacy that the entire world looks up to. We are a leading economy, the third largest democracy in the world. We are a nation who combine tradition with invention, morals with ethics, culture with progress in ways that no other nation does. However over the past few decades not all has been well. We have seen a rise in corruption, a decline in morals. But we as Indians must not lose hope. It is in our blood to fight for what is right. We are a youthful and an aspirational nation And we are rearing to go. Our forefathers had a dream. A dream that we can and we will unite and fight the real enemy. The enemy who is hidden yet so manifest. The real enemy ladies and gentlemen poverty,ignorance, disease and inequality of opportunity.
The following is an excerpt from the address made by the first prime minister of india to the constituent assembly on 14th august 1947.

‘At the dawn of history India started on her unending quest, and trackless centuries are filled with her striving and the grandeur of her successes and her failures. Through good and ill fortune alike she has never lost sight of that quest or forgotten the ideals which gave her strength. We end today a period of ill fortune and India discovers herself again.’

The achievement we celebrate today is but a step, an opening of opportunity, to the greater triumphs and achievements that await us. Are we brave enough and wise enough to grasp this opportunity and accept the challenge of the future?
Yes. Yes we are ready. Not all who are a Gandhi are necessarily a mahatma. We are no longer a nation of naives.
Posted by Amity Law School at 11:29 PM No comments: 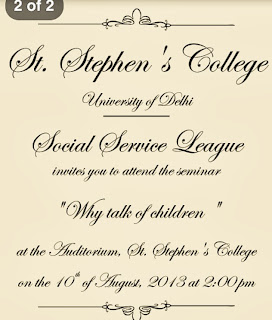 Posted by Amity Law School at 6:31 PM No comments:

This year’s NCYM theme is “Inspired Leadership for Turbulent Times and the Power of Youth”.   Over 150 corporate teams across the country shall be participating in this prestigious Competition. AIMA also organizes similar kind of competition every year for students as well.

At present, Regional finals of NCYM 2013 are being conducted at 4 Regional Centres at Kolkata, Mumbai, Chennai and New Delhi respectively. A Total of 62 Teams from various corporate shall be participating in the Regional Round, New Delhi. The Two Best Teams from 4 Regions will compete at the National Finals to be held on August 31, 2013 at Sheraton Hotel, Saket, New Delhi.

Though 09th August 2013 is declared holiday in Amity, yet to take advantage of this event, interested students (Hostellers /day scholars) & faculty members may come & attend the sessions (2-3 hours) as audience. This will be a very good learning experience for the ones who are interested in participating in similar competitions meant for students inside /outside Amity.

The HOIs may please circulate the event information amongst the students, P.Ls, CRs etc., & send the names of interested students to undersigned by e-mail by 7th August 2013 along with the details of Date & Time during which they would attend the event at F-2 Auditorium.

For any further query /information, you may please contact Dr. Garima Malik, Asst. Prof., ABS by e-mail at gkmalik@amity.edu
Posted by Amity Law School at 6:24 PM No comments:

Amity  Law School Noida organised a guest lecture on  “Violence against Women” today on 31st July 2013 in F2 auditorium to sensitise and increase students awareness of violence against women in India today. The external guest speaker was Ms Winnie Singh, executive director from Maitri NGO, while Ms Manika Kantham, Law faculty in ALS Noida was our internal speaker on the topic. This guest lecture was organised by the Initiative for Gender Justice and Child Rights, a cell newly launched in ALS Noida, under the flagship of the ALS Centre of Law and Policy.

The IGJCR cell has been the brainchild of Ms Mokshda Bhushan and Ms Manika Kantham, both assistant professors of law in ALS Noida, with the objective of imparting gender and children rights awareness to our law students and beyond as well as review gender specific laws and carry out other activities related to law and gender and children rights such as research projects, legal literacy and gender sensitization programs in the community and society at large.

The welcome address was given by ALS Noida Director, Major Gen. Nilender Kumar, who spoke about the need to sensitize society on gender awareness and violence against women for actual changes to take place in our society.  Already, sensitisation campaigns and awareness programs have been carried out in Amity Law School Noida through seminars, workshops, projects and Human Values Quarter etc. Moreover he exhorted students to stop violence against women as they are the ones in whose hands the future of this country relies.

Ms Manika  Kantham from  ALS Noida highlighted the legal aspects on gender laws in India and highlighted the problems of violence tolerance in politics and media and propounded that sensitization on gender issues is a must for us to achieve genuine gender equality. She discussed the constitutional issues as well as various enactments in India and the UN charters. She made a brief presentation on gender violence by showing statistics in various forms and concluded that the effort to stop violence against women has to be a united effort of all.

It was a highly interactive session where students from Amity Law School Noida participated with enthusiasm. Ms. Mokshda Bhushan delivered the vote of thanks while a small token of appreciation was given to Ms Winnie Singh from Dr Shefali Raizada, professor in ALS Noida. 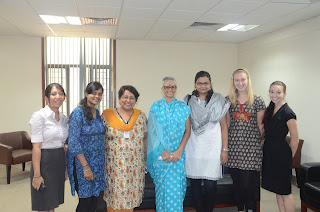 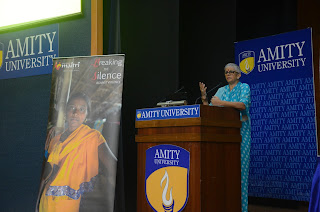 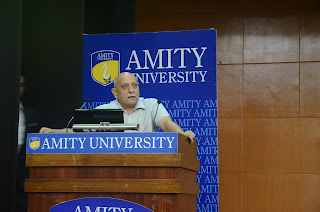 Posted by Amity Law School at 6:55 PM No comments:

Opportunity for paid internship for two students in  ninth semester. To work in the chamber of a senior advocate in South Delhi. A very good scope for those wishing to take up litigation or LLM . The hostellers are not to be considered as the internship would involve work in  the evenings, week ends and holidays.
Those interested to give the names to Director ALS Noida by 1300 hrs on 2 Aug 2013.
Posted by Amity Law School at 5:02 PM No comments: